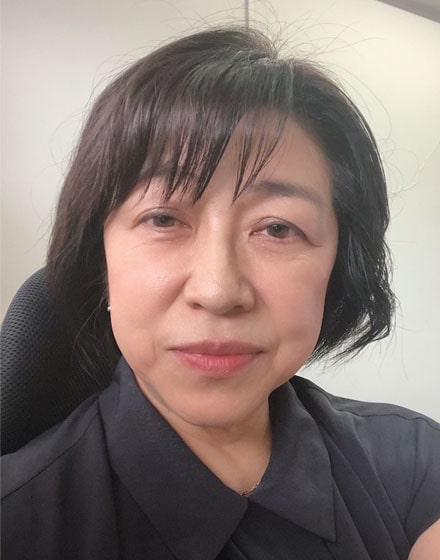 Principal Investigator
The University of Tokyo 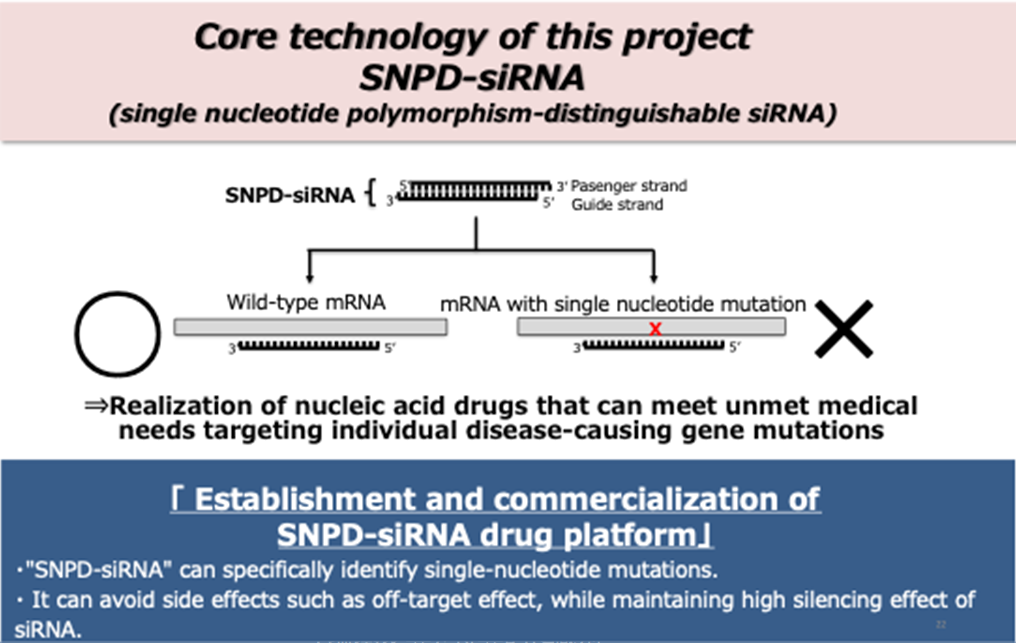 Many genetic diseases, including cancers and neurodegenerative diseases, are known to be caused by single nucleotide mutations in the causative genes. We developed a SNPD-siRNA technology which can suppress only genes with single nucleotide mutations without affecting normal genes. Such technology has been considered to be difficult to develop so far. In this project, we will promote this technology as a platform technology, and aim to startup for social implementation.

The business model is a hybrid of an in-house pipeline business and a platform business collaborated with pharmaceutical companies.
Pipeline business: Design nucleic acid drugs, optimize candidate substances, conduct non-clinical studies, and out-license to companies. Platform business: The startup will be responsible for designing the siRNA, and collaborate on the following non-clinical and clinical trials with the pharmaceutical companies.

The main activities of this R&D are as follows:
(1) Develop siRNA drugs that can be applied even if the mutation site cannot be identified by using SNPD-siRNA cocktail that simultaneously target multiple hotspots in the target gene.(2) Optimize chemical modification to increase stability in blood and tissues without reducing the suppression effect on the target gene.(3) Establish optimal DDS, especially for pancreas and skin, by comparing with local administration.(4) Develop SNPD-siRNA drugs applicable for unmet medical needs by evaluating and optimizing siRNAs against various types of novel target genes suitable for personalized medicine using reporter assays. (5) Develop the first nucleic acid drug against cancer, and promote its commercialization against KRAS, PIK3CA, and other proto-oncogenes.